Rough around the edges, superlative in its natural beauty, rugged, vexing, complex and slightly nerve-racking, Bolivia is one of South America’s most diverse and perplexing nations. 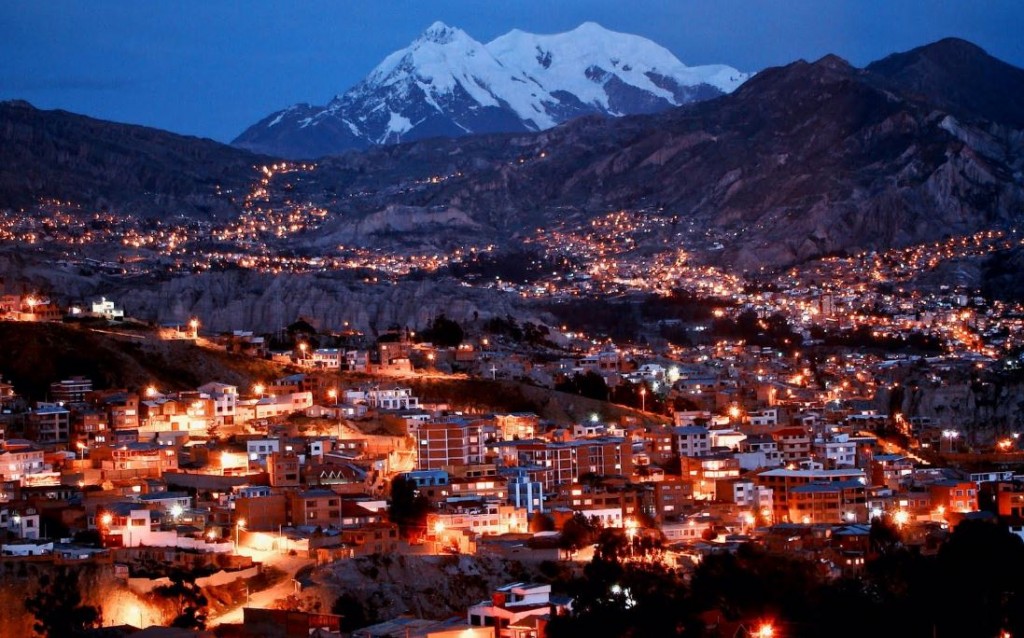 Every second of every day is an adventure in Bolivia. Just finding your way from summit to city can be a challenge in itself. Then there are the peaks, the rivers, the treks, the jungles, the gut-bursting mountain-bike descents, and the vast, impenetrable and remote expanses that tug you ever further into the wild. It’s a place that calls for a boldness and braveness of spirit, the kind of drive that took early explorers to the next rise on the horizon and the next turn on the river. For climbers, the steep mountain peaks offer a lifetime’s worth of adventure. Plunging from the Andes down to the edge of the Amazon, multi day journeys follow ancient Inca paving, making this one of the world’s top trekking destinations, while trips along rivers deep in the heart of the Amazon take you past the riotous barks of monkeys and a thriving mass of biodiversity that will leave you awestruck.

Bolivia is a wild place. And nature lovers, aesthetes and poets alike will find landscapes, views, and nature-born experiences not seen in many other places on the planet. The sheer amount of geographic, topographic, climatic and biological diversity will astound you. Then there are the playful bands of monkeys, the elegant and reclusive herds of vicuña and the over 1000 unique bird species to entertain, inspire and elevate you to a new proximity with the natural world.

The cultural, historical and spiritual depths and richness of Latin America’s most indigenous nation are astounding. Officially declared a Plurinational State, Bolivia is a place to visit, learn from and experience a diverse mix of peoples. There are at-risk cultures and languages that could disappear within our lifetime, and traditions and beliefs that reach back to the days of the Inca Kings and Tiwanaku cosmologist priests. There are pastoralists and independent miners in the highlands whose marked pride in Quechua, Aymará and Uru roots is displayed in their ongoing patchwork of cultural traditions. In the forested depths and low-lying plains, you’ll find a laid-back attitude in remote Guaraní communities which are slowly changing and adapting with the arrival of Quechua-speaking and mestizo settlers. In the cities, culture can change quickly – or purposefully slowly – as you move through a remarkably stratified society that includes both rich and poor, educated and underprivileged. At every corner a new snapshot, a new understanding will disrupt every stereotype, paradigm and tried-and-truism you ever had.

A must see country.

One of the most Amazing places on Earth. Don’t take our word for it. Explore our website. See for your self.
Bolivia, Named for Simon Bolívar, liberator of much of South America
It is an amazingly diverse country in every sense of the word. Landlocked and located in the heart of South America,  culture draws strongly from deep multi-ethnic indigenous roots, centuries of Spanish colonial occupation, the influence of its five neighboring countries, and numerous very diverse foreign immigrant populations. The history of Bolivia has been shaped by colorful conditions as reflected in the changing colors of the Bolivia flag, its nine state flags. See all Bolivia’s national emblems. In rugged Bolivia government has been tumultuous and difficult, especially since the country gained its independence from Spanish rule in 1825.
Famous since Spanish colonial days for its mineral wealth, it was once a part of the ancient Inca empire.

Get Inspired in Bolivia